Google Panda – An Introduction And History

Google regularly update its algorithms and protocols and regularly check websites according to those updates and give appreciation if it found good thing and penalize if it found bad things or not according to that update. Google launch many updates like Panda, penguin, Hummingbird, pigeon, local listing update, pirate and many other update which check different-2 aspects of various website and blog. These update is done to make their search engine richer content friendly with user friendly environment.

You can get to know about content marketing strategies.

In the beginning of year 2011, Google launch its panda update which was based on content of the website and it hit various websites. When it launch many websites lost their ranking in search engine and fall down from top to bottom. Many website coming at in top 10 results but after the roll out of first panda update, they are unable to see in first 500 results too.

If you are handling your blog, it become more important to know the updates which is recently launched and about to launch soon and try to understand which update can hit you. It will helpful for you to understand. But today we are talking about Google Panda Update and tell various other aspect of Google Panda update.

What is Google Panda Update ? Why Google Introduce This Update ?

As I said above, Google panda update is related with content based algorithm which check every aspect of content of the user website and blog which cover their quality like shallow, scraped, thickness, copied, so small article, only keyword mix content and many more.

Google introduce this update in early February 2011 and updating continuously time to time. Goggle introduce it for increase in user experience and fill their search engine with high quality content holder websites and blogs. Google is known as the best search engine in the world as it provides good quality websites and blog with good information. Some people just put some copied content and try to rank but panda update check all the spam and content of that website and penalize them.

Google firstly launch its panda update in 2011 with the name of “Panda 1.0” in the 4th week of February at 24th February. In these days Google Panda 4th series is rolling out.

In the very first time when Google launch Panda update then named it with “Panda 1.0”. It was release and roll out from 24th February 2011. In the very first age, it was normally known as “Farmer’s Update” because in the very first age it affected and penalizes many content farm companies’ website. It affected many queries of the search engine as per official statement and as per the last news it affect approx. 11.8% queries. In this update a website name Hubpages.com which was known as a big website in web 2 also effected.

Panda update known for content update and penalize those types of content website and blog which don’t have quality content and we think that Google release “Panda 2.0” with this purpose with this purpose which is continues with the recent update. It is release on 11th April 2011. When its official statement releases then it says that this update affect English queries of approx. 2%.

These update continuously enrolled over websites. When we talk about Panda 2.1, it roll out in 10th may 2011 and works on the rest queries which was remain from Panda 2.0 and affect very small number of queries. Panda 2.2 mainly effect those website which is known as scrapper site and ranking higher than the original content.

In the eighth month of 2011 and at the date of 16, this update of Google panda 2.4 start rolling over various ranked websites in search engines. It affects 6 to 9% U.S. English search queries and non-english both which exclude Japanese, Korean and Chinese. Giving proper ranking according to various languages is the main motive of this update.

This update doesn’t have official statement but we observed that this update happens and helped a lot to the quality and rich content websites. We are unable to observe how many queries are affected from this update.

It was the first update comes with the boost of queries effecting approx. 1% comes in the month of November. It starts rolling from 18th November and changed some good queries results in search engine.

In the 3 updation series, this update comes in the first month of New Year. This update starts rolling from 2012. This update is not for penalization but it rectify the search ranking of the various websites and brought some changes in indexation and give ranking to previous penalized websites.

Google rolled out two algorithm update in the one month gap only. When you see Google Panda 3.3 then it release on 27th feb and and Panda 3.4 release on 23rd March 2012. It means Google launch two update in only 1 month gap. When we look over panda 3.3 then it focus on refreshing the system of Update whereas the panda 3.4 impact over content 1.6% of search results of English queries.

These two update are rolled out in the gap of 1 week only and in the month of April, 2012. When we take panda 3.5 algorithm, it impacts a very less website and affect very less number of websites. And when we see the Panda 3.6 update and as per its official announcement its rolling purpose was not clear, and its impact was also very less.

After the peace of May month, Google start its Panda 3.7 update on June 8, 2012. According to various announcement and reports, it effect 1% queries from U.S. and worldwide. This impact was huge from previous two rollouts.

This algorithm updates start rolling out at 25th june 2012. This was not official announced but it change in data. This update impacts very less over search engine results.

After a very long time, Google start rolling out Panda 3.9 on 24th July 2013. It impact a lot in comparison to pervious some updates and affect 1% of queries. It was rolling many days but in 5-6 days it was fluctuated many results but shows no such huge impact.

It flows over search results from 19th May 2014. It was a major content update and makes a big voice in the internet marketing. It affected a lot over huge number of website. It thrower many website from search engine and thousands of website has done down-ranked. It affected a huge number of queries as we expected it affect approx. 7.5% English query. It makes a big change in content websites.

This is also a great update hit approx. 3-5% queries are affected which is officially confirmed and announced too. It release on 25th of September 2014.

These are many updates we seen in the Content based Google Panda Update. You can get to know how to recover from various penalties. Google update many minor update too which we are unable to detect but we face ranking fluctuation in our website traffic. Google update their algorithms time to time to make their search engine more quality. Hope this post will help you a lot. You can share this post too. Please share my this post too. 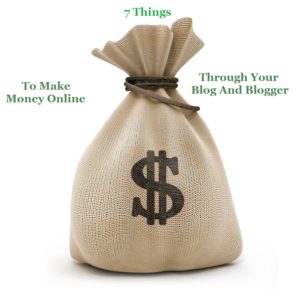 7 Things To Make Money Online Through Blog And Blogging

5 Tips To Get Unlimited Traffic From United States On Blog

How to Optimize WordPress Images for Traffic and SEO